While working at Footscray Mr Behan invented an internationally acclaimed surgical technique, known as a Keystone Perforator Island Flap, to repair skin defects caused by a trauma injury or the removal of a tumour.

The technique involves transferring and rearranging a patient’s skin and tissue using keystone fascio-cutaneous flap reconstructions dermatomally aligned to repair the skin defect. The procedure reduces the length of time a patient stays in hospital by up to 50 per cent.

It is considered a simpler, more efficient and cost effective alternative to some microsurgical procedures.

Mr Behan is now an associate professor of surgery at Melbourne University and a senior surgeon at Peter MacCallum Cancer Centre. He has published numerous textbooks on surgical techniques using the Keystone Perforator Island Flap, including his most recent book, Surgical Tips and Skills.

The eminent plastic surgeon Professor Donald Marshall, AM, wrote the book’s foreword. He said Associate Professor Behan’s innovative keystone flap technique was based on classical skills in plastic surgery - local tissue re-arrangement and repair - that had been overshadowed by cosmetic and microsurgery over the past 50 years.

“With the passage of time and the tightening of resources, there will inevitably be more scrutiny by health administrators of the cost of plastic surgery procedures,” Professor Marshall said. “It will become increasingly difficult to justify operations that require expensive resources, multiple surgeons and prolonged operating times when there are simple, less expensive alternatives readily available to produce results often superior in terms of function and appearance.

“Professor Behan has shown the way - plastic surgeons need to sit up, take notice and embrace local fascio-cutaneous reconstruction as an alternative to microsurgery or risk losing a large part of our specialty.”

Mr Behan spent almost 40 years as a surgeon at Footscray developing and documenting the keystone technique. He was head of the Plastic Surgery and Reconstructive Surgery Unit at Footscray from 1987-2006. “Being independent out at the Western was my salvation,” he said. “I stayed at the Western because it gave me the freedom and independence to innovate, to develop my ideas. I would not be where I am without the Western.

“It didn’t have the rigid, hierarchical structure that characterised some of the city-based Melbourne hospitals. I’d been brought up in an altruistic, supportive system and the Western had that ethos too.”

Mr Behan was born in 1940 in Brisbane. He was educated at Christian Brothers’ College Gregory Terrace, in Brisbane and graduated from the University of Queensland’s medical school in 1964.

During the early part of his medical career he was mentored by some of Australia’s most famous plastic surgeons. In 1967, while working at the Royal Brisbane Hospital, Mr Behan wrote to Sir Benjamin Rank, a renowned plastic surgery. Sir Benjamin had served in World War Two operating on soldiers in the Australian general hospital. 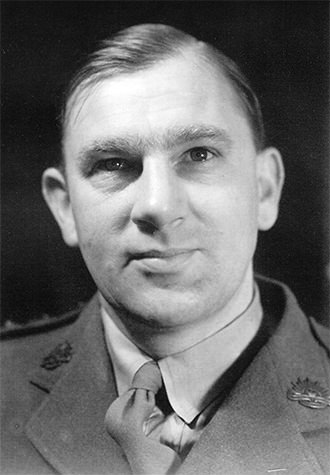 Mr Behan sought Sir Benjamin’s advice on how to become a plastic surgeon. Sir Benjamin replied: “Son, the only place to train in Australia, is with me.”

Rank was then head of the Victorian Plastic Surgery Unit at PANCH Hospital, which he established after the war ended.

Surgical units from St Vincent’s, the Alfred Hospital, and the Royal Melbourne, sent their public patients to the unit for reconstructive surgery because of Sir Benjamin’s stellar reputation as a plastic surgeon. Mr Behan joined Sir Benjamin’s team and began his surgical training. Later on he decided to continue his surgical training in Britain and accepted a job in London at St George’s Hospital at Hyde Park Corner.

Before leaving for London, Mr Behan sought out John Hueston, another renowned plastic surgeon, who had an international reputation for his expertise specialising in Dupuytren’s disease. Mr Hueston was one of Footscray Hospital’s first plastic surgeons and worked there as a senior honorary surgeon from 1954-1964. (Many years later Mr Behan bought the terrace house next door to Mr Heuston’s private consulting rooms in Royal Parade, Parkville and ran his private practice from the building.)

“When I’d finished my first year of training as a surgical fellow at PANCH in 1971, when I was as green as grass, I went up to see John Hueston,” Mr Behan said. “I told him I was about to go overseas and had not had a chance to see his work or do anything with him and he said, ‘Son, you may as well go because you’re untrained’. I was shattered but I have to say in retrospect he was right.”

After working in London hospitals for several years, Mr Behan returned to Melbourne and joined the Alfred Hospital. But his old mentor Sir Benjamin Rank advised him to move to Footscray Hospital. “Benny said to me, ‘Son, cut your teeth in the West’. Cut your teeth is an expression in surgery that means improve your techniques.

“There were great surgeons at Footscray Hospital - people such as Professor Bob Marshall, Kingsley Mills, Jack Swann and Kevin King. Footscray used to be the breeding ground where the younger minds gained their experience.”

Mr Behan was promoted to lead the unit in 1987 after Mr Thompson resigned. He threw himself into the task. At that time Footscray was still a major trauma hospital, receiving large numbers of car crash victims or people injured in accidents at home or work.

Public holidays, especially during the Christmas break, were a prime time for accidents caused by drunkenness or carelessness.

“Being a junior member of the team, for many years I worked every Christmas Day,” Mr Behan said. “We used to have our Christmas day meal with the kids when they were young at eight in the evening because I’d been operating at the hospital.

“I remember a person one year punched a glass window after having a bottle of Yaldara plonk and I spent all Christmas day, eight hours, repairing everything in the forearm, and yes, this alcoholic signed himself out the next day.”

In the 70s, 80s and 90s, Mr Behan worked a one in three roster at the hospital – on call every third night and every third weekend, starting on the Friday evening.

He also worked at Peter MacCallum Hospital’s head and neck surgical unit, where he established a melanoma clinic for cancer patients. “You cannot beat the emotional feeling when a patient, who had a massive tumour on his neck, comes up to you, and gives you a hug and says, ‘Doc, thanks for what you’ve done’, “ A/Prof Behan said. “It brings tears to your eyes.”

Lunch in the anaesthetics room

He has fond memories of informal staff lunches in the anaesthetics room at Footscray in the early 2000s before stricter accounting measures were introduced.

“We had all day plastic surgical lists then – we started operating at 8.30 am and would go through the day. I knew the Catering Manager as a patient and we were supplied with boardroom quality food for our weekly lunchtime meetings. The theatre staff, the surgeons and registrars and the anaesthetic team all enjoyed these informal gatherings. It created harmony.

“When we finished eating we’d go back in and start the afternoon list.

But in later years when budget restrictions operated and middle management began looking at costs, the questions started – ‘Whose budget is this coming out of?’ The bean counters came in and the lunches stopped.”